If you and your partner aren’t the types to have a traditional wedding, elopement is a great choice. Although, finding the right place to elope is a bit harder for a same-sex couple because you have to make sure the country you’ve chosen is LGBT friendly. We list 7 same-sex friendly countries that you can choose from for your elopement. 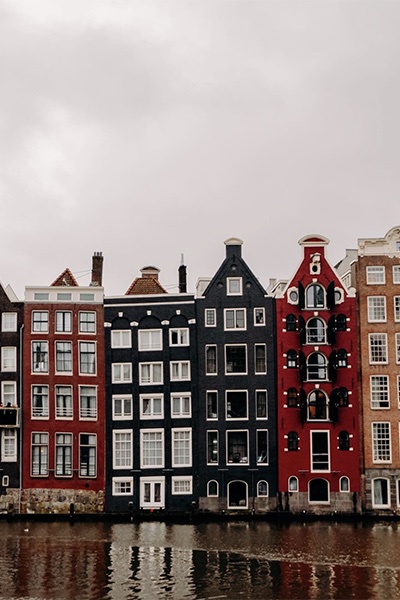 Choose the colourful capital of the Netherlands, Amsterdam to elope to, with its cultural, artistic heritage, landmarks such as the Van Gogh Museum, Dam Square and the Museum Quarter, a lively city with soul. Say your vows on an eclectic boat down the Amsterdam-Rhine Canal, with countless quirky restaurants, celebrate after with gastronomical delights, or hit the city at night and grab some drinks in some of the coolest bars. With same-sex marriage being legalised in 2001, Netherlands was the first country to legalise same-sex marriage so you and your spouse-to-be can be open with your love in this gay friendly capital of Netherlands. 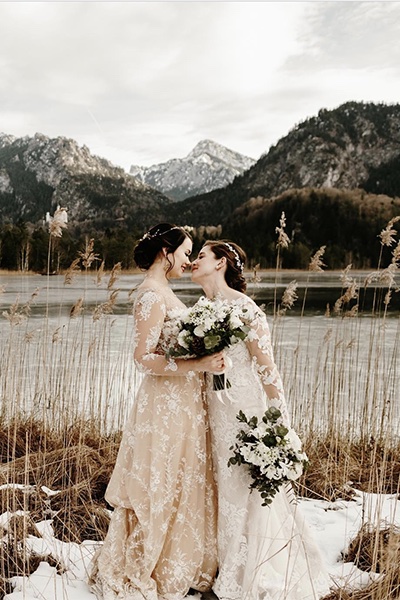 Another European gem; Germany is known for its wonderfully historic castles and untouched nature. Choose from the romantic Rhine Valley with vineyards as a sweet spot for ceremonies or the mountainous Bavaria, with its gorgeous alpine lakes and quaint villages. Go medieval with the castles in Hessen, or on a hilltop in Franconia. There are plenty of places for you and your fiancé to say those all-important words in, and luckily, same-sex marriage was legalised in Germany in 2017, although a little late to the party, Germany has opened up marriage possibilities for more people and contributing to the inclusivity of love of all kinds. 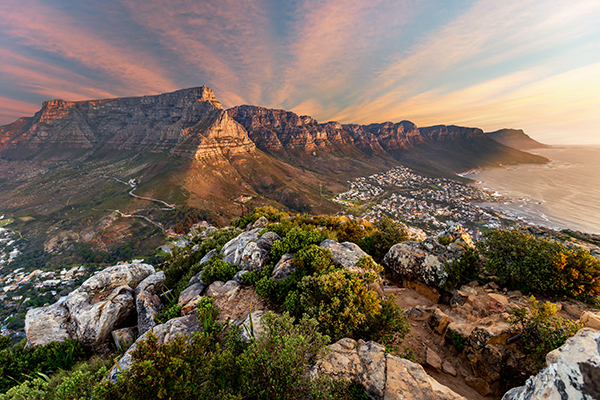 South Africa is a beautiful country that legalised same-sex marriage in 2006. If you’re planning an elopement, you’ll be interested in knowing what things you can do after your I do’s, it’s full of amazing things to do. You can kayak to see penguins, go wine tasting at countless vineyards, book a safari at the Kruger National Park, visit top landmarks such as Table Mountain, Voortrekker Monument, Capture Site, the Pinnacle Rock, Mapunguabwe Hill and so much more! You’ll have such an exciting trip if you elope to South Africa, with so many wedding opportunities, mountain peaks, botanical gardens, beaches, winelands, and more, you’re spoilt for choice in South Africa. 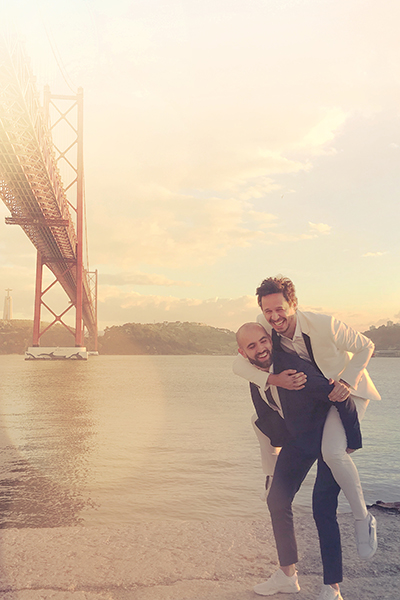 Portugal is one of the top elopement destinations in Europe, with all the history the sunny weather and the traditional villages tucked away in the gorgeous countryside. With its beautiful architecture and mesmerising oceans, you’re bound to find the perfect location for your partner and yourself to marry in. Same-sex marriage was legalised in Portugal since 2010, so it’s a great place to have the ability to marry in! With the vineyards of Douro Valley, the Fairy Tale Forest in Sintra, and the Portuguese coastline, there are many romantic places to pick from. With it being known for Port wine, a popular desert wine and the most famous drink in Portugal as well as the Pastel de data, a custard tart with flaky pastries, with the countless bakeries that sell these sweet delicacies, you can sample the local cuisine. 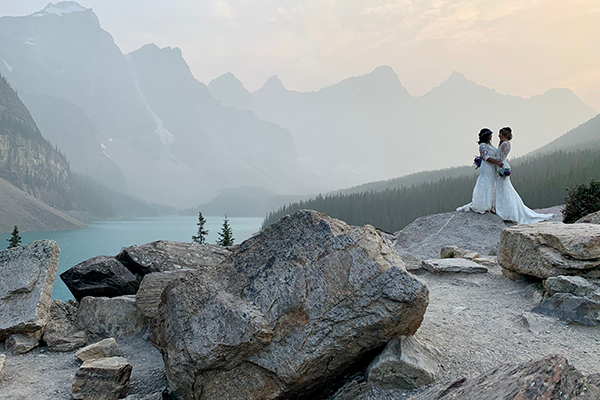 Canada, with its breathtaking scenery, cold winters, the wildlife and untouched natural spaces, its no wonder why this is a popular place to elope to. Ideal for outdoor adventure and winter sports, you can tell people you got married in one of the most picturesque countries on the globe! Banff, one of Canada’s most beloved areas, you can marry in Banff National Park and double up your elopement and honeymoon and stay in the most sought after locations in Canada. Or how about Calgary, 80 km east of the Canadian Rockies, the city has a lot to offer for newlyweds with great attractions and gastronomic delights. Or choose an elopement in the cultural Vancouver, a great choice and is known for its seafood and laid back vibes, with art galleries, Queen Elizabeth Park and Chinatown. Quebec is known as a French speaking Provence with lots of maple syrup, try out the local delicacies and visit Montreal. Canada became the fourth country to legalise same-sex marriage in 2005.

Malta has a rich tapestry of history, with architectural gems, beautiful beaches, the blissfully warm climate and is home to some of the oldest temples in the world such as the Megalithic Temples of Malta. Interestingly, its used as a filming location for big-budget productions, such as Game of Thrones which is no surprise due to the beauty and history. The capital of Malta, Valletta, is a wonderful city as the first ever planned city in Europe, boasting a range of history, architecture and medieval charm. Malta is known for its Mediterranean cuisine, Malta is a great choice for eloping as English speakers, because English is the official language of Malta along with Maltese, which is a mix of Arabic, British and Italian, so there will be no issues of a language barrier. With the choice of activities such as sightseeing, cliff-diving, free swimming and exploring the local villages, you can combine your honeymoon with your elopement and explore the island. Have a fairytale castle elopement, an enchanting waterfall service, a Mediterranean garden, a coastal or a cliffside ceremony, and with it being a gay-friendly country as same-sex marriage was legalised in 2017, you can enjoy all Malta has to offer with your fiancé and get wed in this beautiful country. 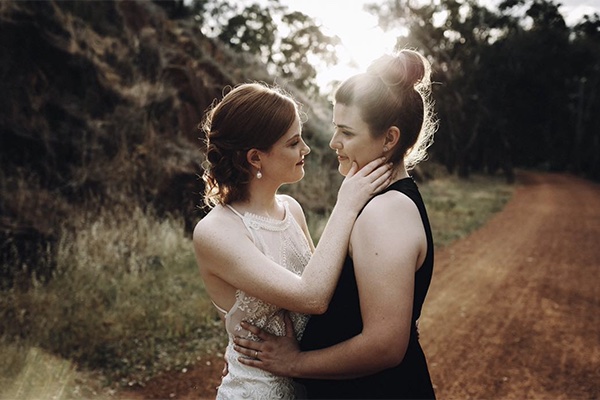 Australia, home to the largest ecosystem in the world, The Great Barrier Reef, with over 60 separate wine regions, the island of Tasmania, with the cleanest air in the world and over 10,000 beaches. All of these facts combined make Australia a fantastic place to elope to, what could be better than visiting this wonderful country with breathtaking scenery and beaches. How about eloping to the Garden State of Victoria, with its agricultural land and have a clifftop mountain ceremony or the East Warburton Redwood Forest or even Erskine Falls in Lorne. Or elope to Western Australia, known as the Wildflower State and get married in Margaret River, Karikini National Park, or the Pinnacles Desert for a breathtaking elopement. Or head to Queensland, where the Great Barrier Reef is located, and surround yourself with white sand and crystal clear waters at Heron Island or elope in Paronella Park, Cairns with its unique and historic heritage, a rainforest with tropical plants, be wowed by the immaculate sights. You have so many choices and opportunities when it comes to eloping in Australia and with it being legal for same-sex marriage in 2017, it’s the perfect place to elope to.

Whether you’re looking as a same-sex couple or you’d just like to elope somewhere that allows for marriage equality, then hopefully this list will inspire you. 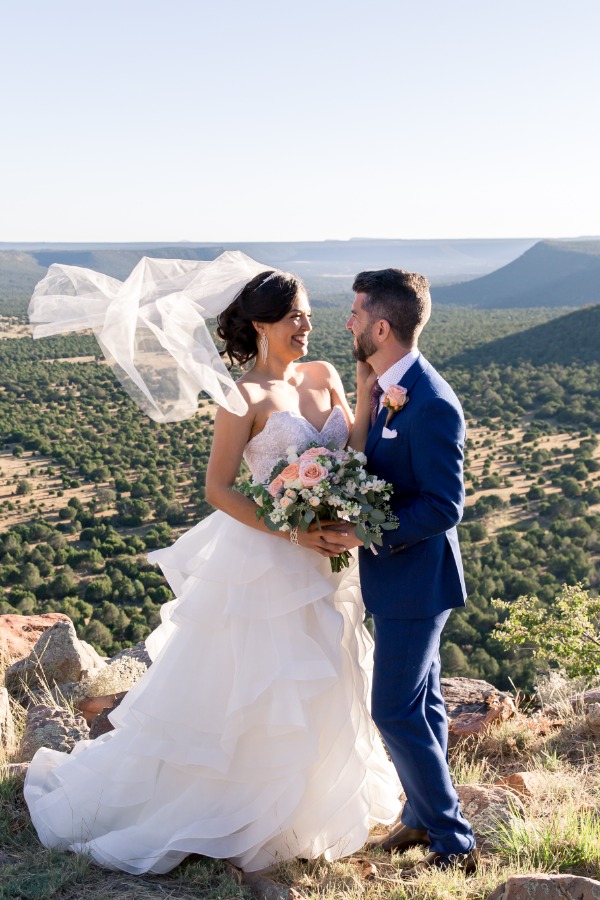 Linda Blamer, our Special Features Editor and Owner of Blame Her Ranch, tells us why New Mexico weddings are unforgettable. 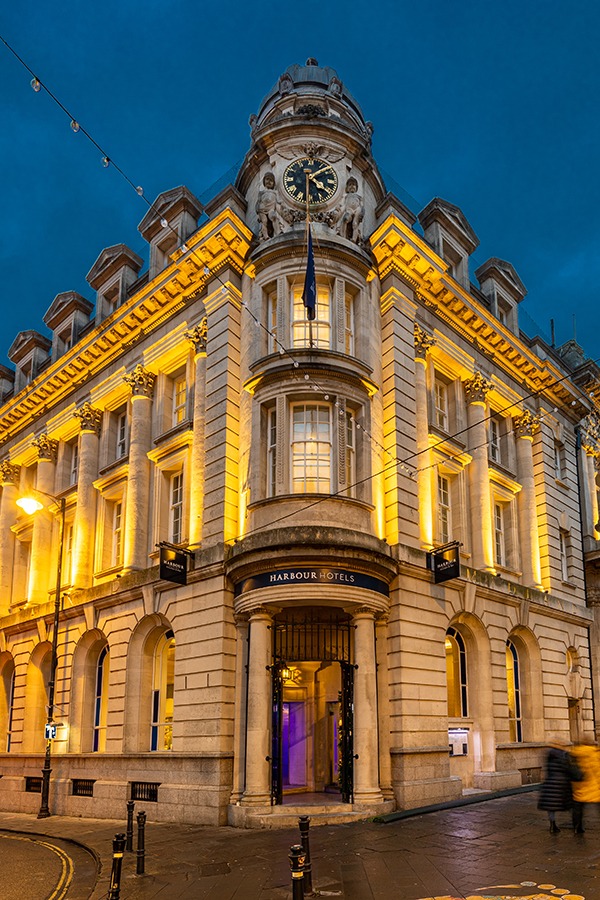 Plan Your Hen at The Bristol Harbour Hotel

Planning a hen do? Becci Clubb checks into Bristol Harbour Hotel to explore its suites, spa and afternoon tea… 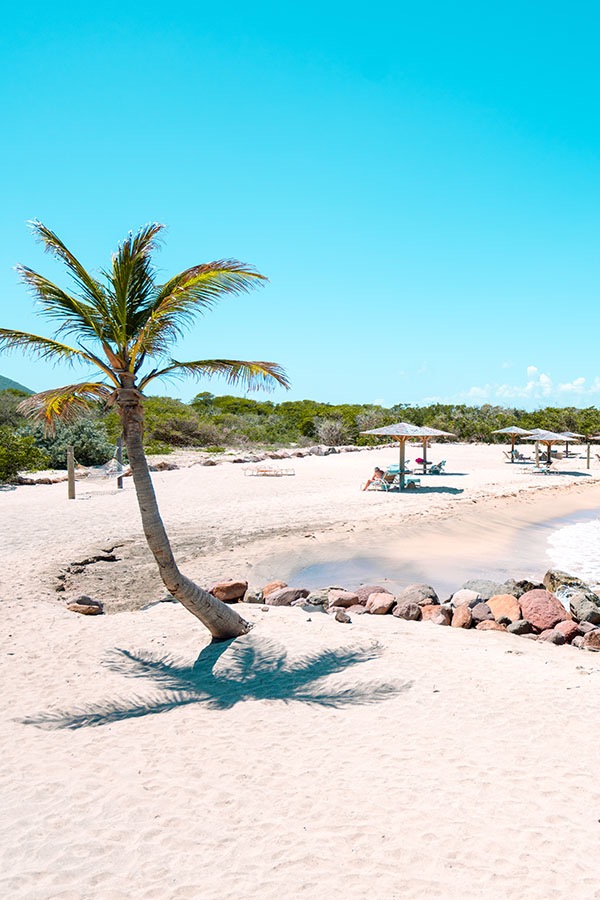 Stuck for inspiration? We’ve handpicked eight exotic getaways around the world to help you slip into honeymoon mode! 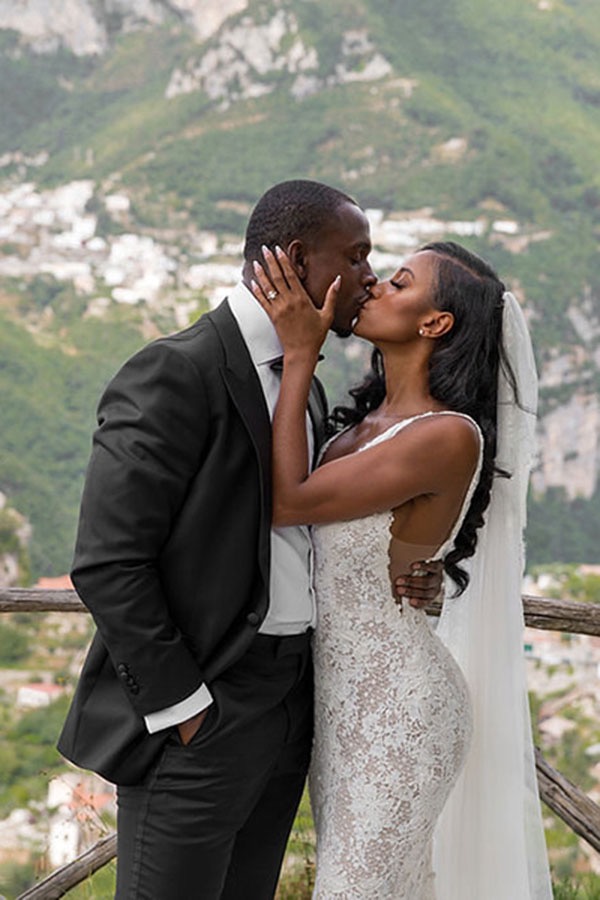 Keen to take the pressure off your big day by eloping? Get inspired by Ashley and Bilal's romantic Italian Amalfi Coast escape with this destination wedding. 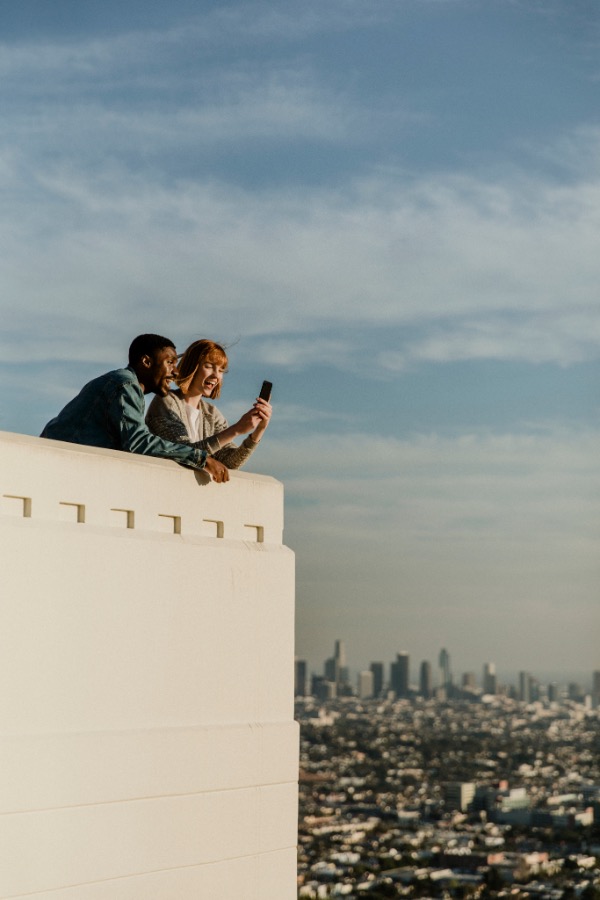 If you're looking for the most desirable places to go on honeymoon, we have listed the most instagrammed locations in the USA. 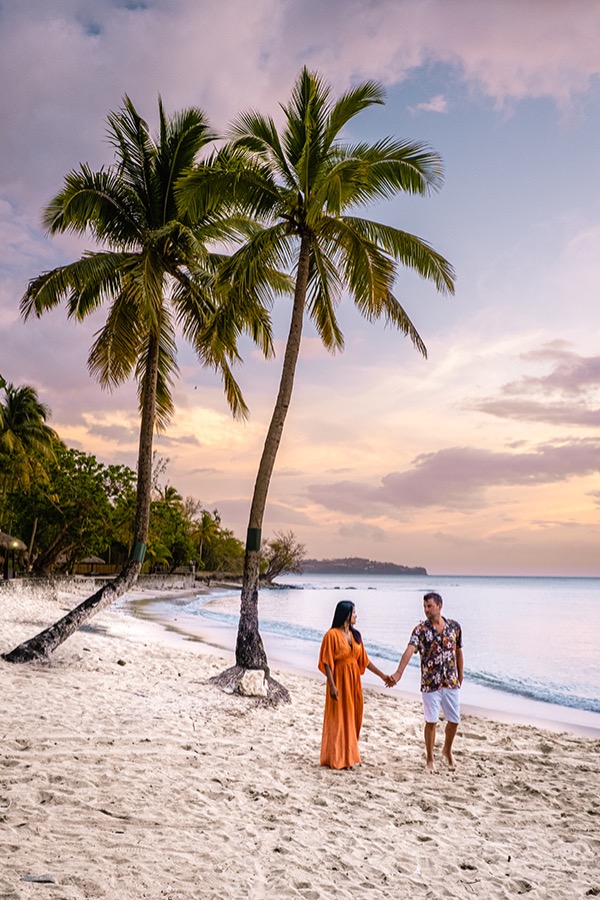 Wondering what St Lucia has to offer as a honeymoon destination? Look no further as we talk you through the best bits about St Lucia. 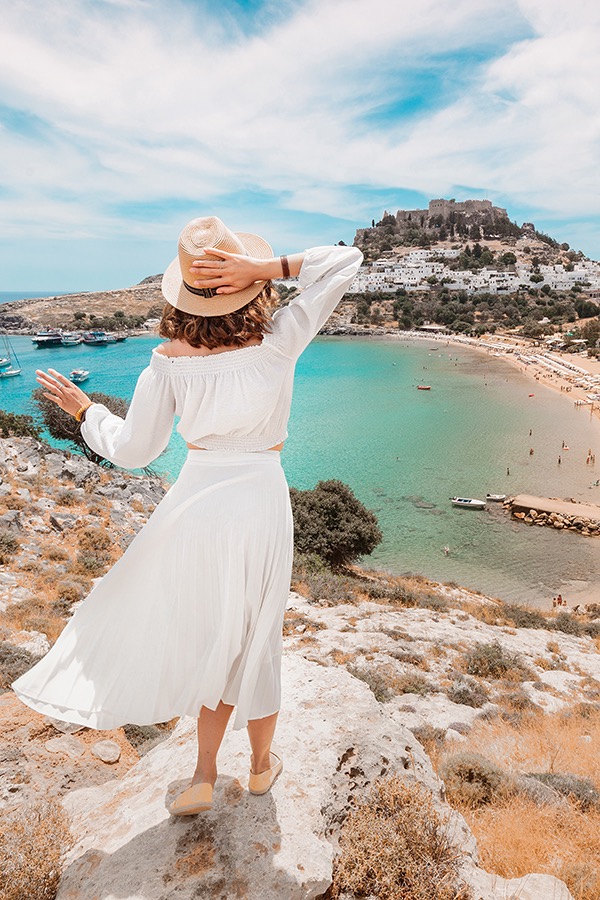 Why Couples Love Going to Rhodes

Thanks we'll be in touch soon.